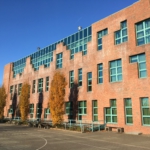 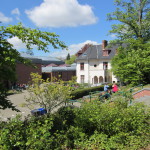 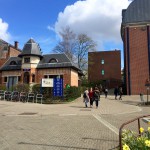 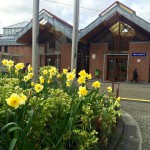 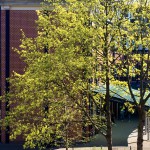 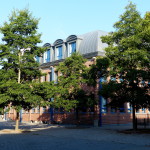 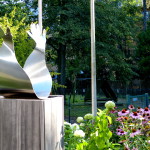 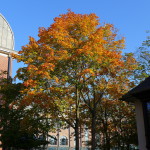 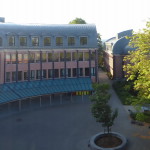 A very warm welcome to the European School Brussels I (EEBI)!

Over 60 years ago, in September 1958, EEB1 first opened on rue du Trône, with just 26 pupils and six teachers. That was a year after the signing in Luxembourg of the Convention defining the Statute of the European Schools, whose mission was, and still is, to provide a multilingual and multicultural education. Now based on two sites, in Uccle and in Forest (Berkendael), we are pleased to have around 4,000 pupils of 60 different nationalities and more than 500 members of staff coming from the various Member States and beyond. The three different cycles, nursery, primary and secondary, culminate in the 7th year secondary when successful students are awarded the European Baccalaureate; close to 100% of them continue their studies at University.

True to the mission entrusted to us, we attach particular importance to the development of a European spirit and of European values. Pupils are taught in eight main language sections: Danish, English, French, German, Hungarian, Italian, Polish and Spanish. In addition to these languages, Bulgarian, Croatian, Dutch, Irish, Maltese, Portuguese, Romanian and Slovenian are taught, as well as Ancient Greek, Chinese and Latin.

The European School language policy focuses on the importance of cognitive development through content language integrated learning, thus a number of subjects are taught through the pupils’ second language, as from third year primary with European Hours. In addition to our commitment to developing strong language skills, we have an increasingly strong track record of participation in national and international science competitions, as well as in the development of innovative projects. EEB1 fosters exchange programmes tailored to all levels of ability and places particular importance on the promotion of sports in cooperation with local clubs and associations. The arts feature prominently in our programme of studies as well as the cross-curricular activities that are organised throughout the different cycles.

Through critical thinking and self-reflection, pupils at EEB1 are encouraged to embrace values of respect and solidarity towards others as well as a responsible attitude towards the environment. With increasing awareness of the challenges associated with globalisation and an ever-changing world, we are proud of the large number of pupils and staff who, showing commendable creativity and team spirit, willingly engage in voluntary work and humanitarian aid projects at local, European and international level.

We use cookies to improve your experience and provide you with personalized content. By using the EEB1 website, you accept the conditions of use of your data. Find out more on how we use cookies.